County Health Departments Do Not Have Free Face Masks

The Alabama Department of Public Health released a statement today, February 2, advising the public that county health departments do not have free face masks to distribute to the public.

However, pharmacies that are part of the federal COVID-19 vaccine program and community health centers nationwide will be sent free, non-surgical N95 masks for distribution to the public at no charge, according to the Federal Government. AUBURN, Ala. – No. 1 Auburn unfurled a banner for its legendary former coach, agreed to a new contract with its legendary current coach and extended the nation's longest active win streak to 17, defeating Oklahoma 86-68 Saturday at Auburn Arena in the Big 12/SEC Challenge. 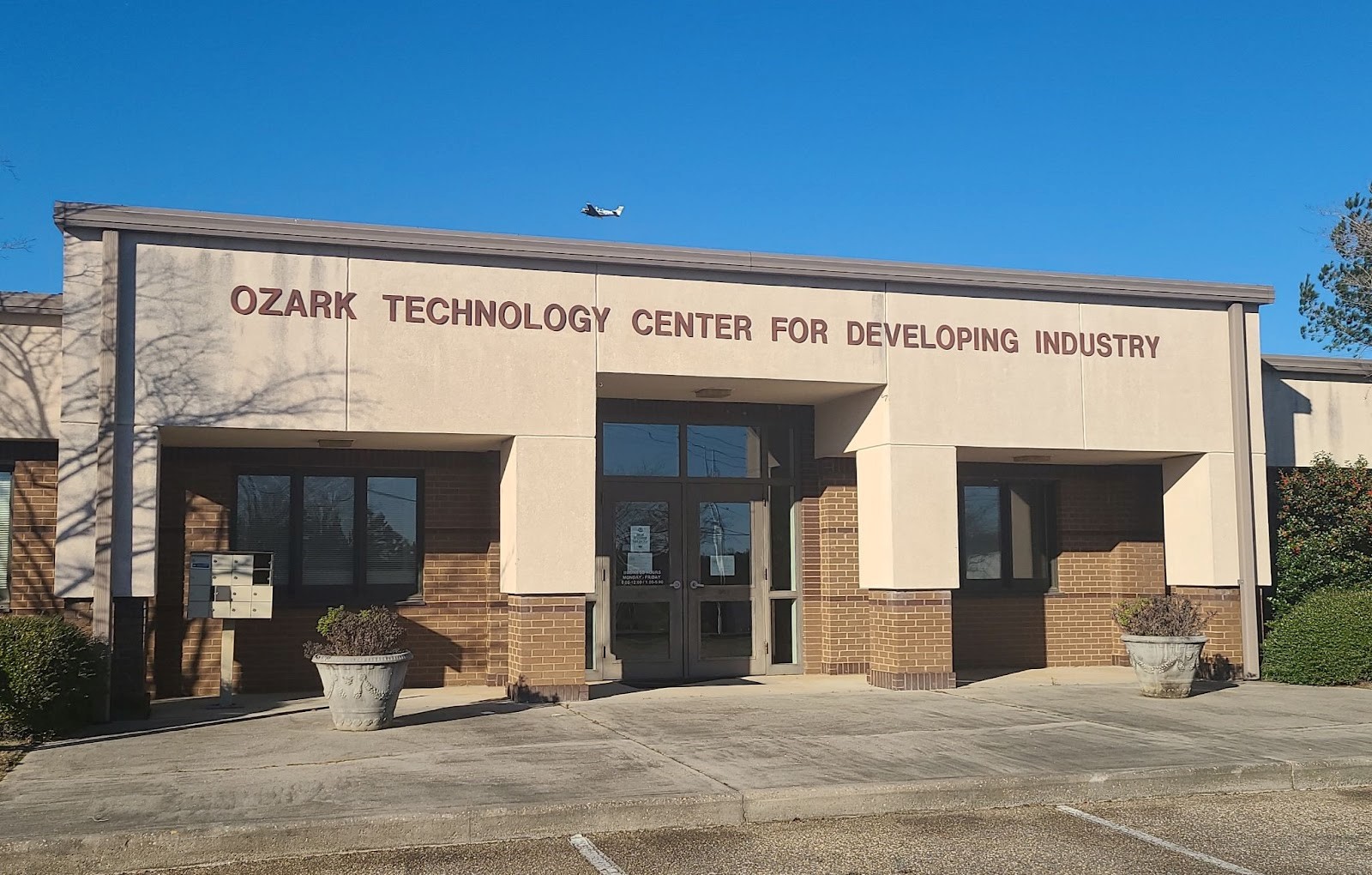 The Ozark Technology Center for Developing Industry is looking to fill some office spaces.

Founded in 1996, the Technology Center, also known as “the small business incubator” was the first of its kind in the region, says Holle Smith, President of the Ozark-Dale County Economic Development Corporation. The incubator was a product conducted in cooperation with USDA Rural Development. 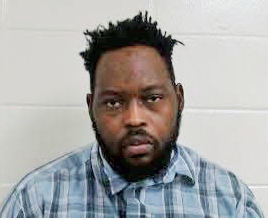 The suspect in an Ozark shooting that left one man critically wounded has been arrested in southeast Barbour County, and is currently being held in the Dale County Jail.

Isaiah McGuire is a suspect in a shooting that occurred on Chancey Drive in Ozark on December 17 that left one victim in critical condition. McGuire was apprehended in Barbour County after being stopped for a traffic infraction. 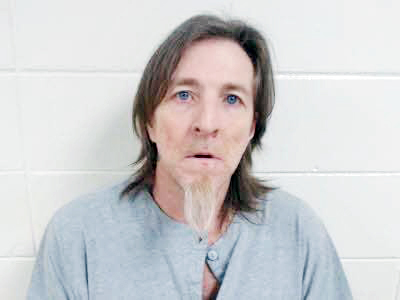 John Sutton, who was arrested and charged in June 2021 for the murder of a Dale County woman, has been extradited to the Dale County Jail from the Shelby County Jail.

The victim, Jenita Rose Maldonado, was found near Woodham bridge in Newton, Alabama on June 3, 2021 at around 1:30 PM. Although officers originally ruled the death of the mother of six as suicide, the investigation revealed inconsistencies that eventually lead  to the arrest of Sutton and his accomplice. 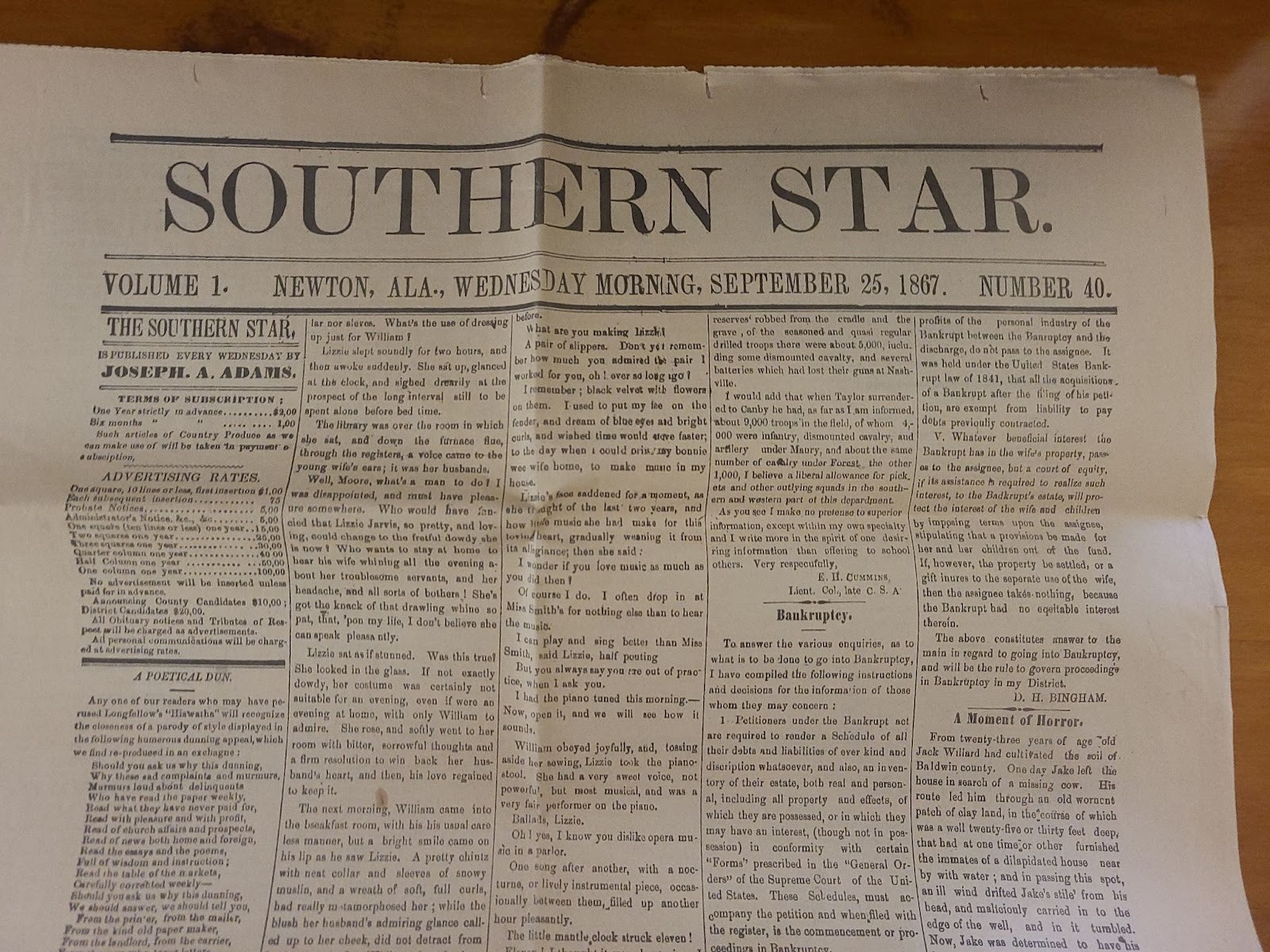 When Bill and Rita Eggers moved to Ozark from Mesa, Arizona, they purchased the contents of their new home along with the house itself, but they didn’t realize the treasure trove the previous owner had left behind. “We’ve still got buildings to go through,” says Bill Eggers. “We found all sorts of things. Old books, tools, maps, train sets. If there was one of something, we found more.” 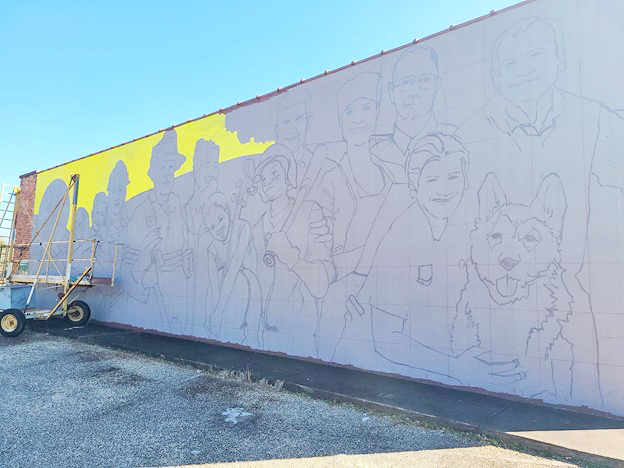 A little building along North Union Avenue in Ozark is getting a new paint job. The building, which houses the Wiregrass Resource Conservation and Development Council (WRC&D), is the latest mural project in Ozark.

“We are a state funded 501(c)(3) that was created to help local people meet local needs,” says Anna Cornelius, Program Manager for WRC&D. “Our organization serves as an equitable way for state funds to be invested back into the local community.” 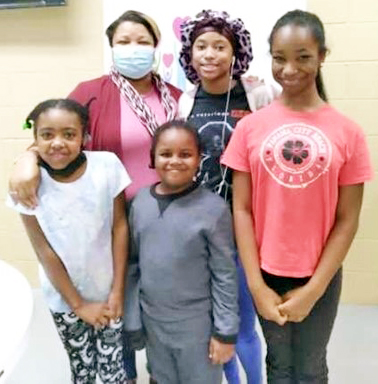 More after school activities and learning opportunities are here for the children of Ozark with the opening of a new free after school program in the city.

The All of God’s Children after-school program was founded by Shanika Reeves, officially opening its doors to the public on January 5, 2022. Reeves has over 15 years of experience working with children and families in different programs, including being the Youth Director at Saint Paul AME church in Ozark. 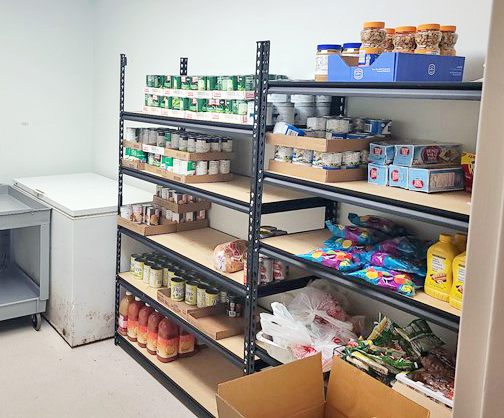 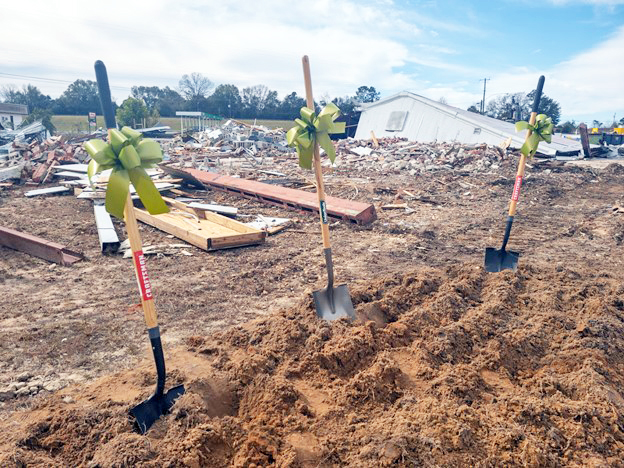 The old National Guard Armory on U.S. Highway 231 in Ozark is being torn down and a new career center for Dale County Schools is being built in its place.

“We originally planned on using the old armory building,” says Dale County Schools Superintendent Ben Baker. That plan didn’t work out -- storm damage condemned the building a few years ago. It was more cost-effective to demolish the building and build a new structure than to try to repair the damage to the aging building, according to Baker. 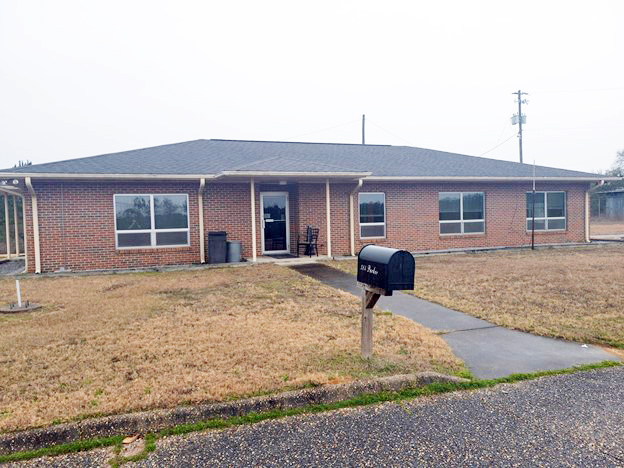 Ozark’s city council voted on February 1 to approve $54,781 to transform a city-owned building on Parker Road into a new station for the city’s emergency medical services.

Ozark’s EMS workers and ambulances have been housed at the city’s firehouses up until now, but the new station will allow them to move into their own space. “There’s policies and procedures that the fire department has to follow that doesn’t really apply to EMS,” says Ozark Mayor Mark Blankenship. 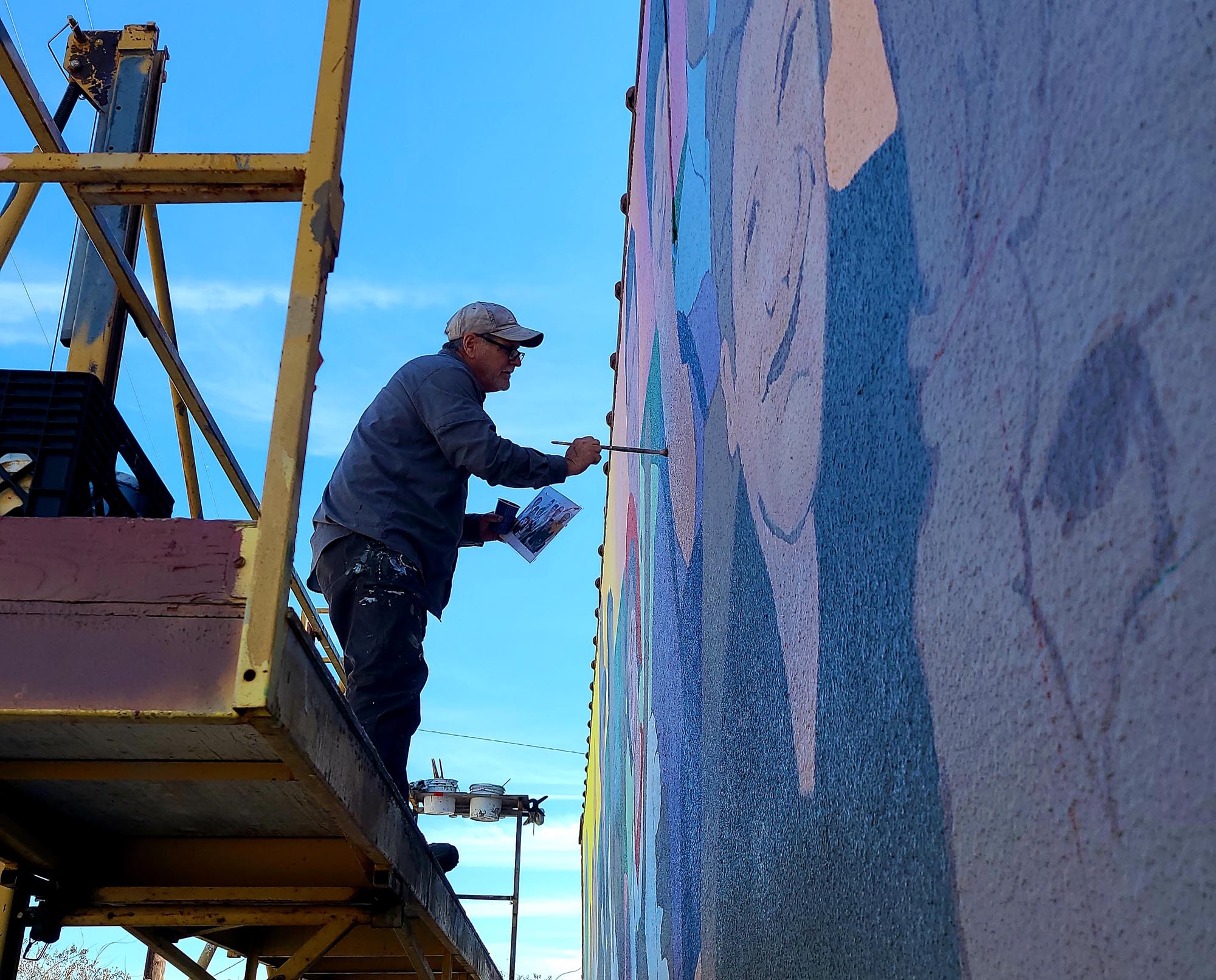 Progress continues on the new Wiregrass RC&D mural. "We're going for a coloring book look on this one. Bright colors," says muralist Wes Hardin. "The theme of this mural is all about 'Community'." 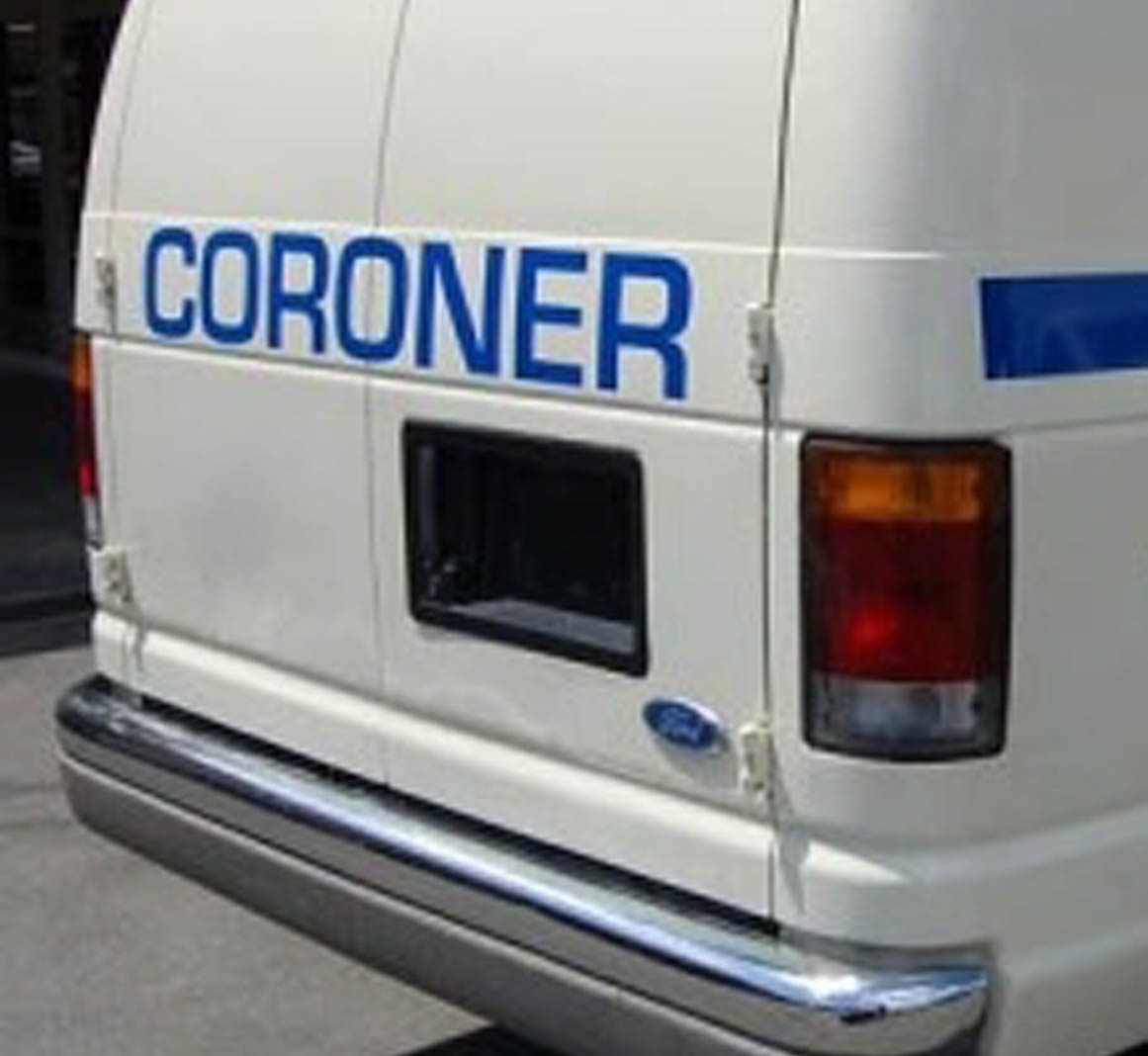 Human skeletal remains were found off Johntown Road in Ozark on Wednesday, according to the Dale County Coroner’s Office. 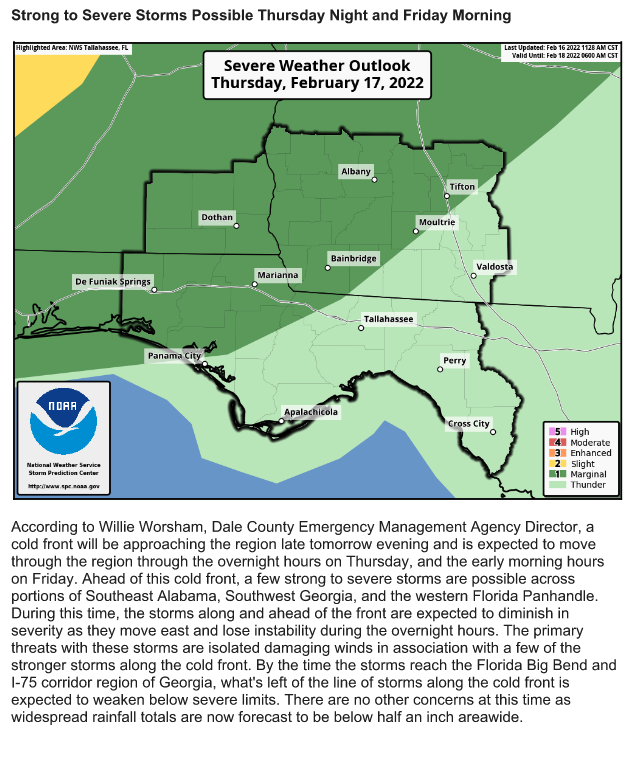 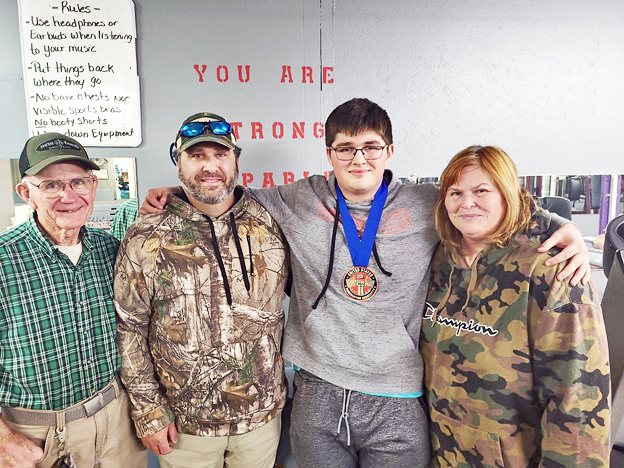 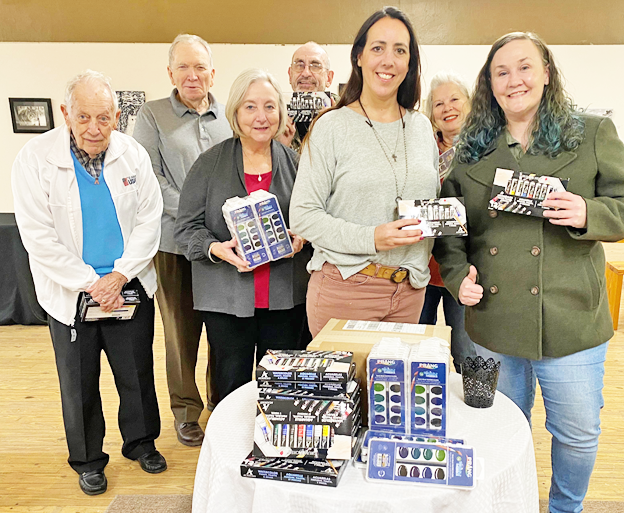 Pam Nolin, art instructor, received the donation at the Council’s February 7 meeting. The donation, consisting of $750 worth of professional watercolor paints and watercolor paper, was funded through a local community grant from Walmart. 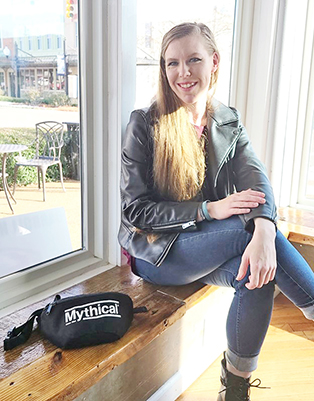 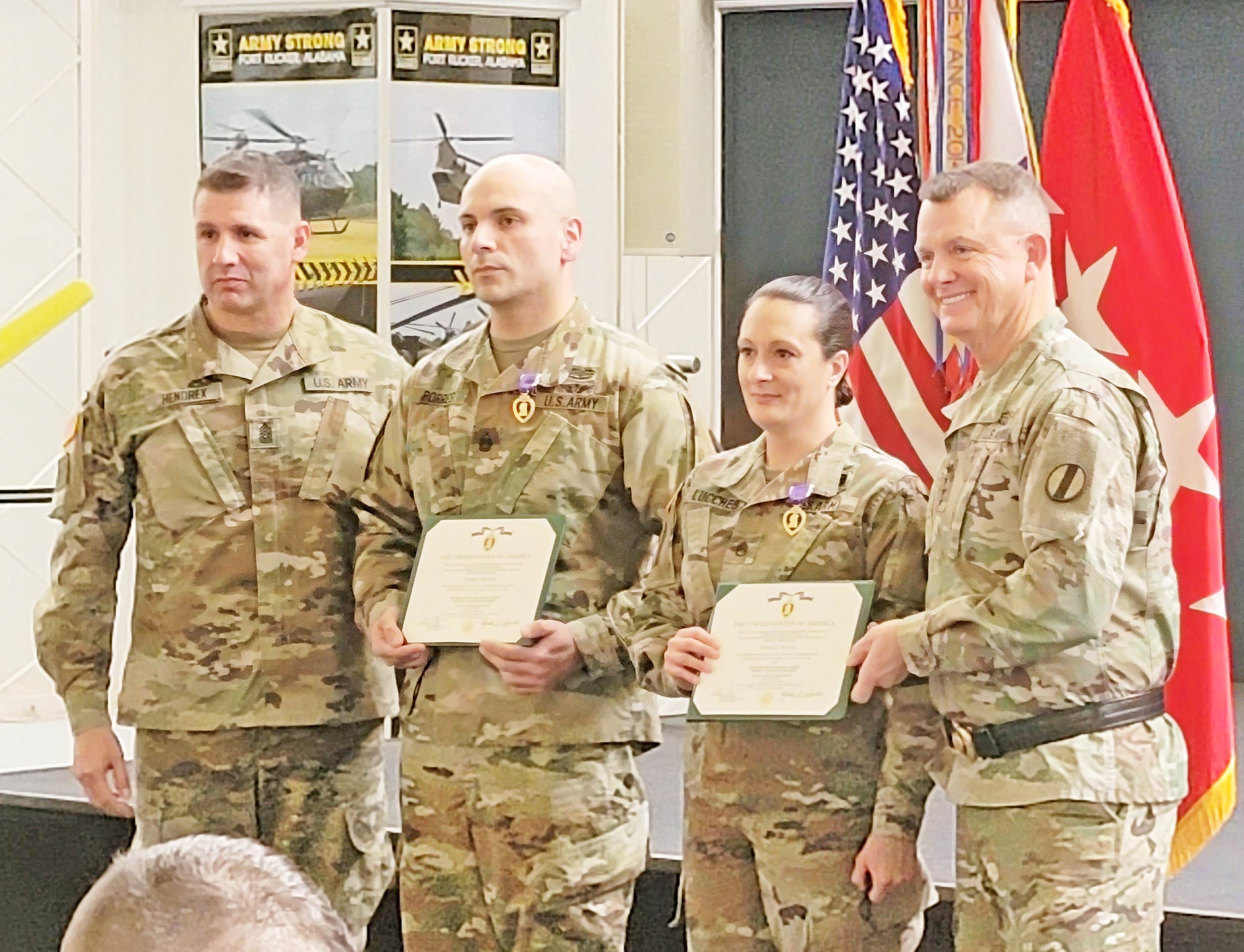 Two of Fort Rucker’s own were presented with the Purple Heart at the Army Aviation Museum in a ceremony held Monday, February 14. Sergeant First Class Carlos Porres, Jr. and Staff Sergeant Deanna Lucchessi both sustained injuries during a January 8, 2020 Iranian ballistic missile attach on Ayr al-Assad Air Base in Iraq. General Paul E. Funk, II presented the award to the two American heroes. 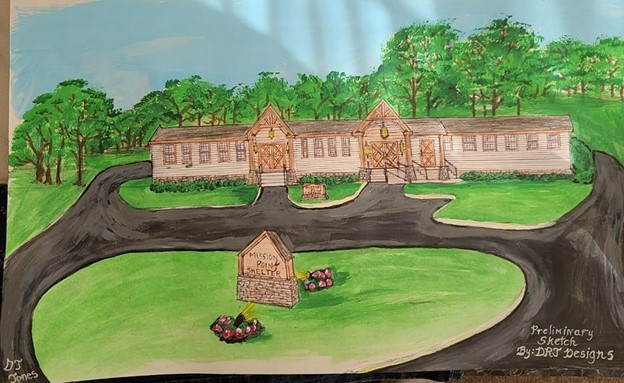 DOTHAN - A two-vehicle crash that occurred in Houston County Wednesday night, February 16, has claimed the life of a Dale County woman. Teresa A. Melvin, 57, of Newville was the passenger in a 2018 Hyundai Elantra driven by Andrew J. Cooley, 21, of Midland City, when the vehicle in which she was traveling struck the rear of a 2003 Ford Mustang driven by Donald T. Glenn, 41, of Dothan. 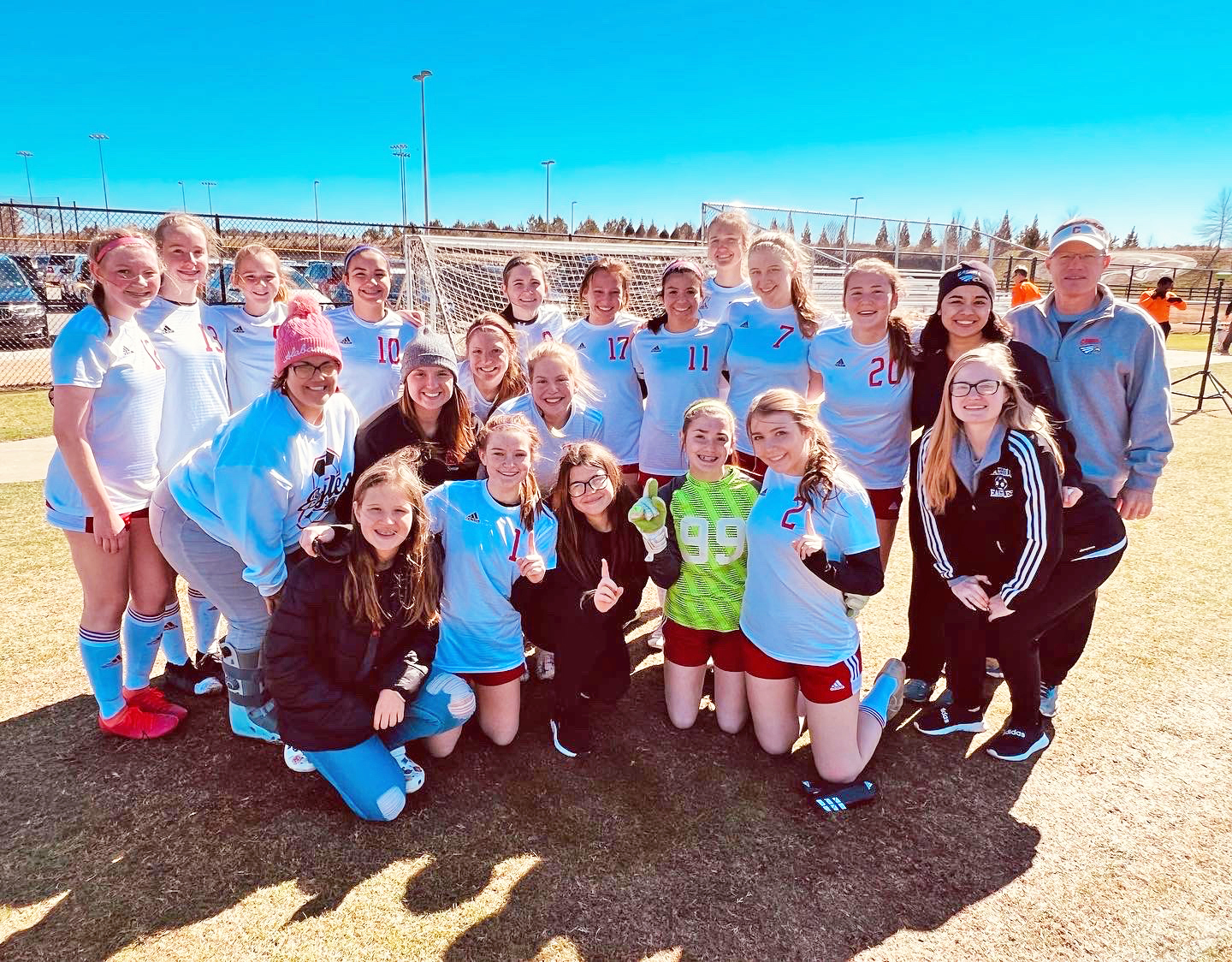 The 9th ranked CHS Lady Eagles won all three games at the Lakeshore Shootout held in Calera. Carroll opened with a 6-0 win over Boaz. Abby Doremus opened the scoring on a 30-yard free kick into the upper corner of the goal. The Lady Eagles poured it on from there as six different girls scored a goal. Sahara Moreno, Tenley White, Emmy Ganey, Audrey McDonald, and Savannah Pedroza each scored a goal. Doremus, Ganey, Emma Edler, Ally Lamberth and Kaylee Johnson each had an assist. 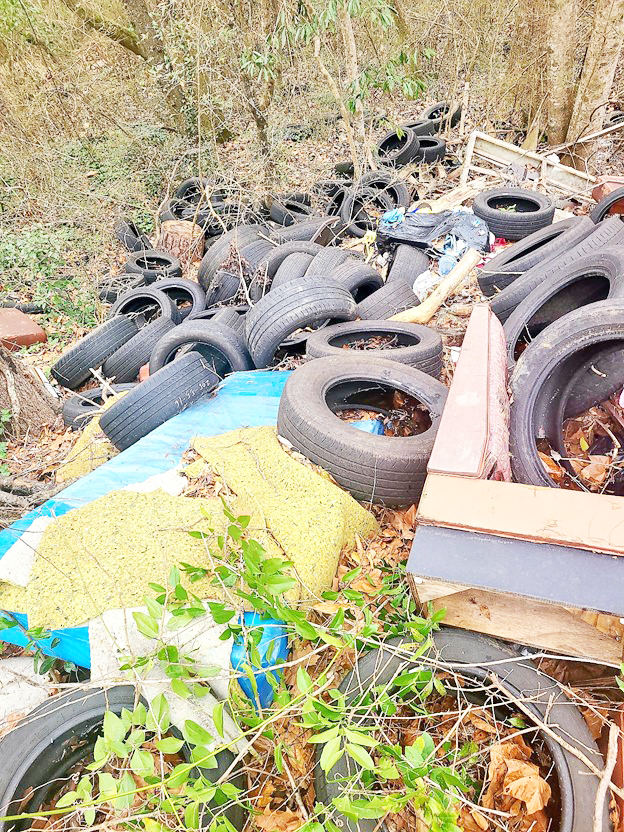 Less than a quarter mile from the downtown square in Ozark, an illegal dump site has been growing for years. On Hull Avenue, a little-used city road behind Vicker’s Signs, huge piles of tires, roofing materials, broken furniture, and tree trimming debris line the roadway, some of it spilling into the gully behind the road.

Consumers Cautioned Not to Use Recalled Powdered Formula

The U.S. Food and Drug Administration (FDA) has issued a Public Health Advisory for powdered formulations of Similac®, Alimentum®, and EleCare®formulas manufactured by Abbott Nutrition in its Sturgis, Michigan, facility. The Alabama WIC Program is notifying participants that they may have been issued affected products.

At their February 15th meeting, the Ozark City Council voted to approve $40,000 for new consoles for the E-911 dispatch center.

Ozark recently purchased Motorola P25 two-way radios for its police and fire departments, which spurred the decision to purchase the new consoles. The Dale County Sheriff’s Department also uses Motorola P25 radios. “It will be better for the city and the county to be on the same system,” says Frankie Wilson, chairman of the E-911 board. 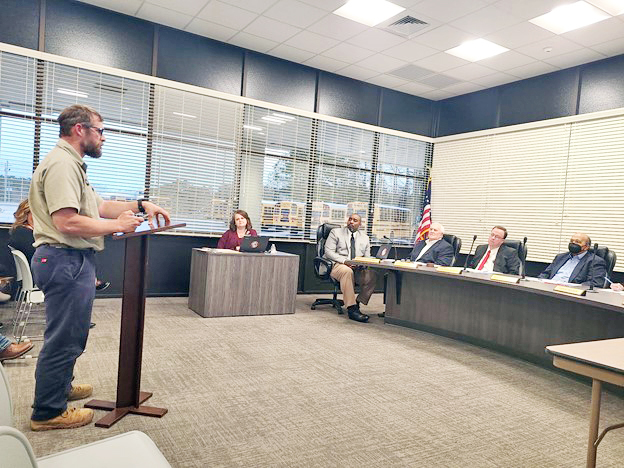 Wallace Community College-Dothan will hold a walk-in COVID-19 Vaccine and Booster Clinic on Monday, February 28, 2022, from 10:30 a.m. to 11:30 a.m. on the Wallace Campus in Dothan. The clinic will be located in Cunningham Hall and is open to the public.

The clinic will offer the Moderna and Pfizer vaccines in partnership with the Houston County Department of Public Health. Attendees are asked to bring their vaccination cards and photo identification. 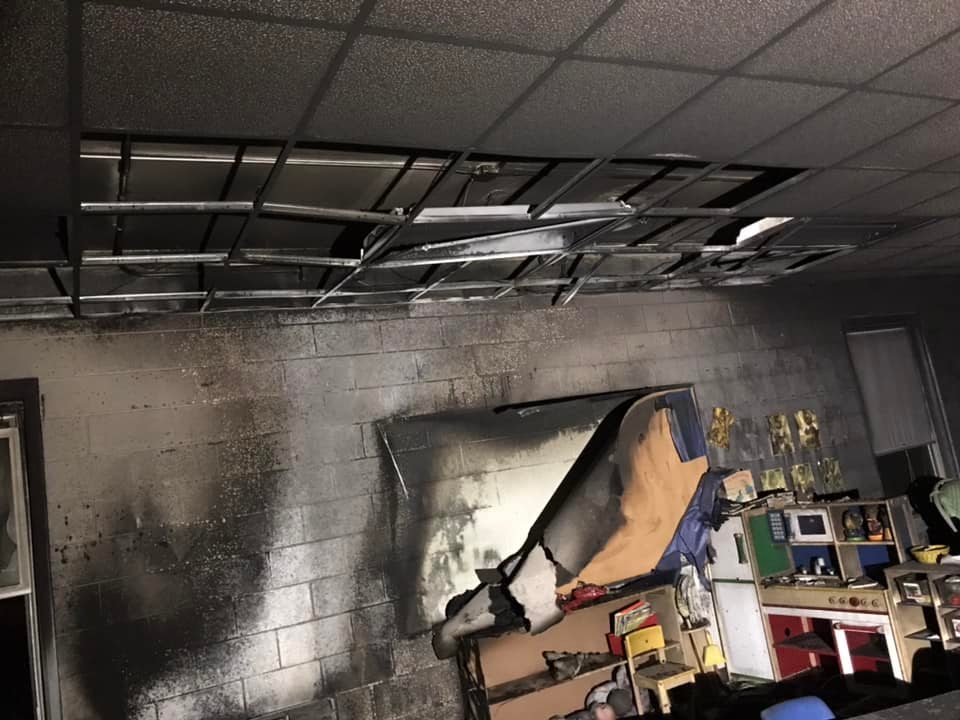 Midland City Fire Department Chief Bert Chandler says firefighters were en route to the school when a passerby called in to dispatch reporting visible flames and smoke from the building. When firefighters arrived on scene, they found an active fire in the kindergarten wing of the school.