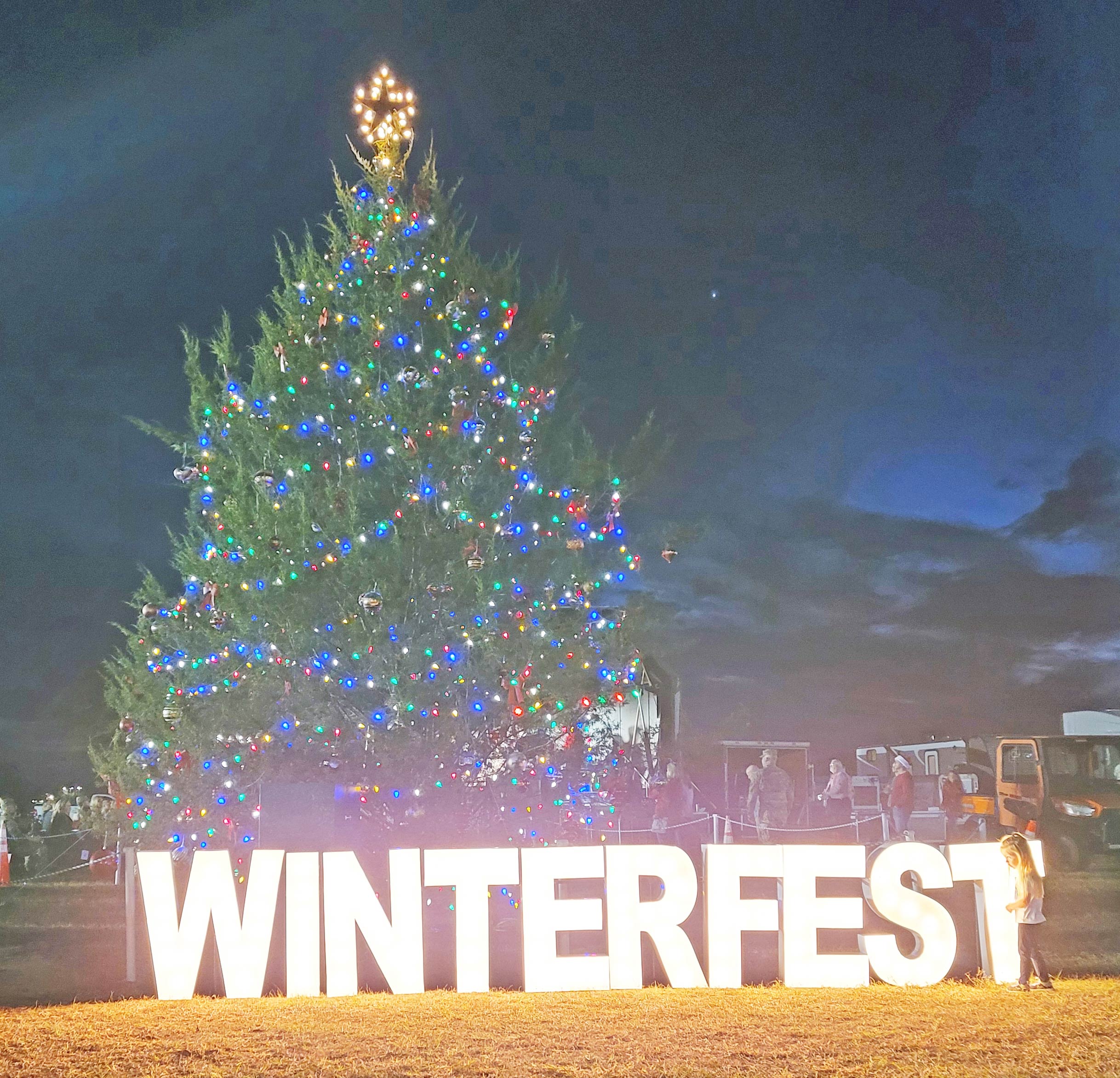 Fort Rucker’s First Annual Winter Fest was nothing less than spectacular, from the beautiful sunset that started off the evening to the polka music played by the Sonnenschein Express Band that set the mood for the German style winter festival. The festival was coupled with the post’s traditional tree lighting ceremony held at the festival fields on Friday, December 3 and included the season’s Trees for Troops event.

“We’re excited to be able to do this…to bring the community together and celebrate what’s best about Ft. Rucker, which is our soldiers, our civilians, and our families,” said Maj. Gen. David J. Francis, Commanding General, USAACE and Fort Rucker. “Coming out of COVID and being able to do an event like this, its just extremely fulfilling, not just for me, but for the entire community, to be able to have an event like this to come together, to celebrate each other’s company and the beginning of the holiday season.”

Chris Mendez, Marketing Manager for MWR, says the idea for the event was to create a new tradition on Fort Rucker, one that was reminiscent of the German winter festivals typical in Europe.

“We wanted folks to begin a new tradition with us, right here on Ft. Rucker,” said Mendez.

The event included vendors hawking food, drink, crafts, and merchandise. There was hot cocoa for the kids, adult beverages for the parents, an ice-skating rink, and smores pits around which families could enjoy a warm fire and toasty marshmallows and melted chocolate. Entries for the life-sized Christmas Card contest were on display for viewing as well.

Directly after the tree lighting ceremony, a special guest arrived with the help of Fort Rucker’s own first responders. Santa stayed to visit with the children and take pictures.

After delivering Santa, first responders treated youngsters to a tour of the fire truck and handed out fire hats.

The Better Opportunity for Single Soldiers (BOSS) and Fed Ex partnered to bring Christmas trees to military families who may not have otherwise had the opportunity to purchase a tree this year. Last year, Fed Ex secured almost 300 trees and delivered them to Fort Rucker for the Winter Fest event. For the first two hours of the event military families who wanted a tree could pick out their tree. After the first two hours, Trees for Troops opened up the opportunity to any DoD card holder, retirees, veterans, and military family member who needed a tree. Fed Ex and the BOSS program have been partnering for a number of years to bring Christmas trees to military families in need across the nation.

“Everyone needs a tree at their house at Christmastime,” said Mendez. “It’s great for morale and Fed Ex helps us spread that cheer. And we’re glad to help them out with it as well.”

Mendez says the post wanted to create a family-friendly, fun Christmas environment to kick off the season and based on the smiling faces of the families all around, MWR and Fort Rucker accomplished just that. 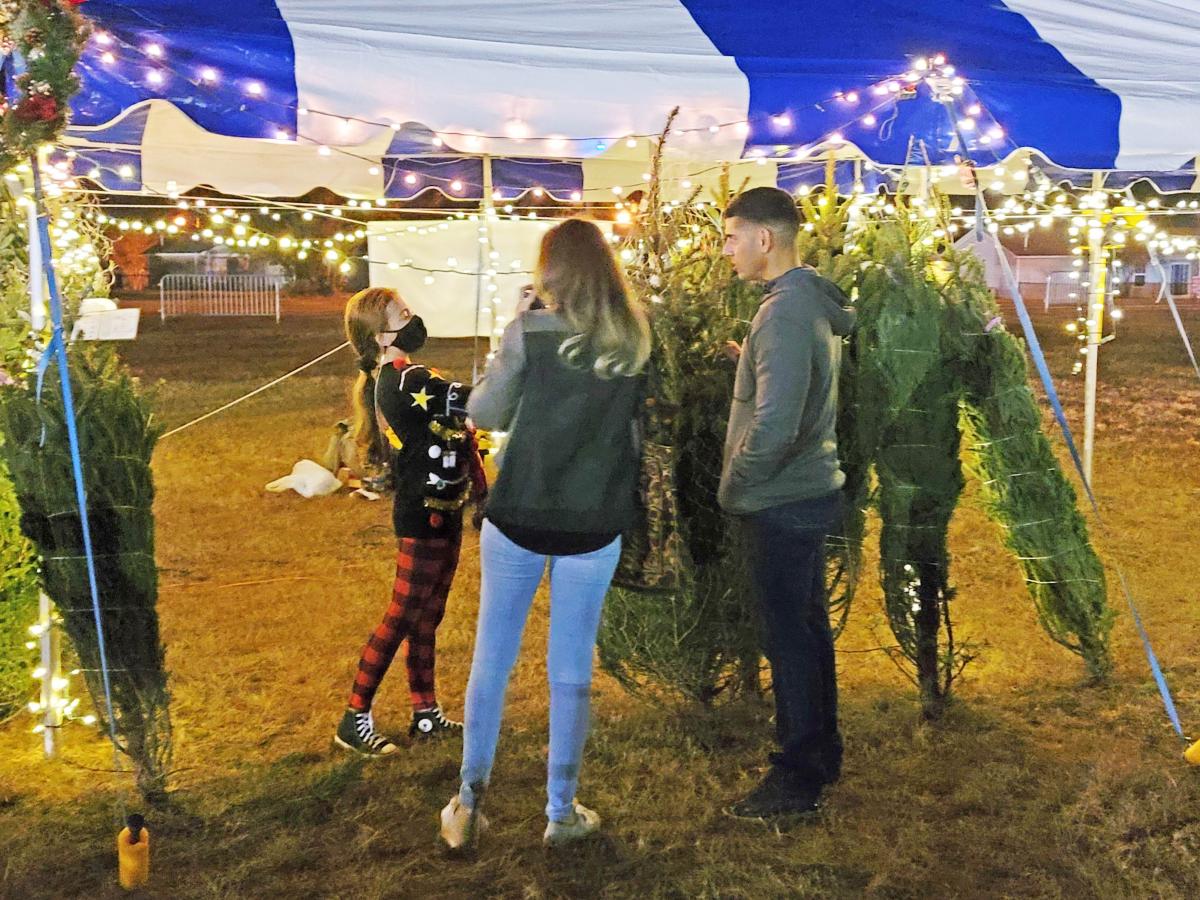 Military families were afforded the pleasure of picking out a Christmas tree through the Trees for Troops program provided by the Better Opportunities for Single Soldiers program and Fed Ex.