Publisher, Pierre Little giving a presentation on false news and misinformation online to the Machias Valley Chamber of Commerce.

Pierre Little, publisher of the Machias Valley News Observer and The Calais Advertiser this week announced he has purchased a newspaper located in Ozark, Alabama, The Southern Star, the state’s oldest family newspaper.

“When my great grandfather loaded his wagon with newsprint, a barrel of ink, and an old Washington hand press and started across the river to Ozark, he must have wondered, how long will it last?” said Adams. “Little did he know the paper would last over 100 years.” 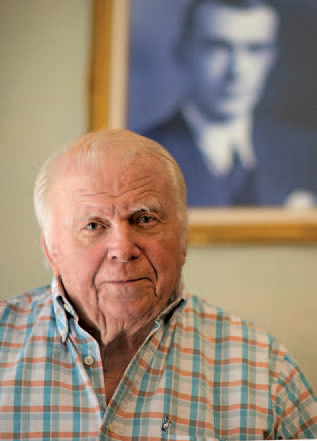 Adams is the fourth in his family to serve as editor of The Southern Star, a position he assumed after graduating from the University of Alabama and serving in the U.S. Army. In total, Adams served as editor and publisher for 64 years and will now be Publisher and Editor Emeritus. He will continue his popular column Star Scribe’s Scribblings, which he has written every single week for 62 years.

Little says he is excited to acquire a newspaper as well-respected as The Southern Star, and that he plans to keep the paper focused on producing valuable news for Ozark’s citizens and business community.  “A local Calais resident who lives in Ozark during the winter months came to see me and said he loves the Calais Advertiser and maybe you should acquire the newspaper in Ozark and bring it into the digital age.  I visited Joe and Dorothy at their home, and was glad I did.”

“It is essential for a healthy community to have a strong local newspaper and I do that with a focused dedication to serving the reader by way of an efficient newsroom with multiple writers,” said Little. “So, that being said, it's important that we have the city and business community’s support of our newsroom in any way possible. Advertising patronage will certainly be the most critical component to that end.”

Little says he plans to bring his expertise in digital platforms and social media to The Southern Star, as a way to extend its readership and paid subscriber base.  He is a believer in paid subscriptions which demonstrate intrinsically its community value.  “So if the newspaper is serving well, subscriber roles should be healthy along with business advertising support.”

“This is not an easy feat, but I believe I have found a balanced approach that sustains the local paper's stability,” said Little, who also owns two award winning weekly newspapers, both more than 150 years old, in the nation’s easternmost county —Washington County, Maine —and serves as publisher emeritus of the Quebec Chronicle-Telegraph, the oldest North American newspaper, founded 257 years ago in 1764 in Quebec City.

For Adams, the decision to sell his family newspaper was a difficult one, but he believes it was the right decision for the paper’s success.

“It was an end of an era for the Adams family, but in selling the paper to Pierre Little we have hopes and expectations that The Southern Star will continue and prosper,” said Adams.

“A newspaper is the lifeblood of a vibrant and growing community, a place where important ideas and news are discussed and debated. It is also essential to a healthy democracy, to establish and maintain fairness, honesty and transparency, and the common good,” said Little. “I look forward to working with you and our team along with the Ozark Chamber of Commerce as we build the newspaper into a vibrant publication worthy of Ozark's and Dale County's praise.”

"I'm excited about the future of The Southern Star. Having a vibrant local newspaper is so important in the growth and development of our city. I want to thank Mr. Little for his confidence and investment in the City of Ozark and Dale County.," Ozark Mayor Mark Blankenship said. 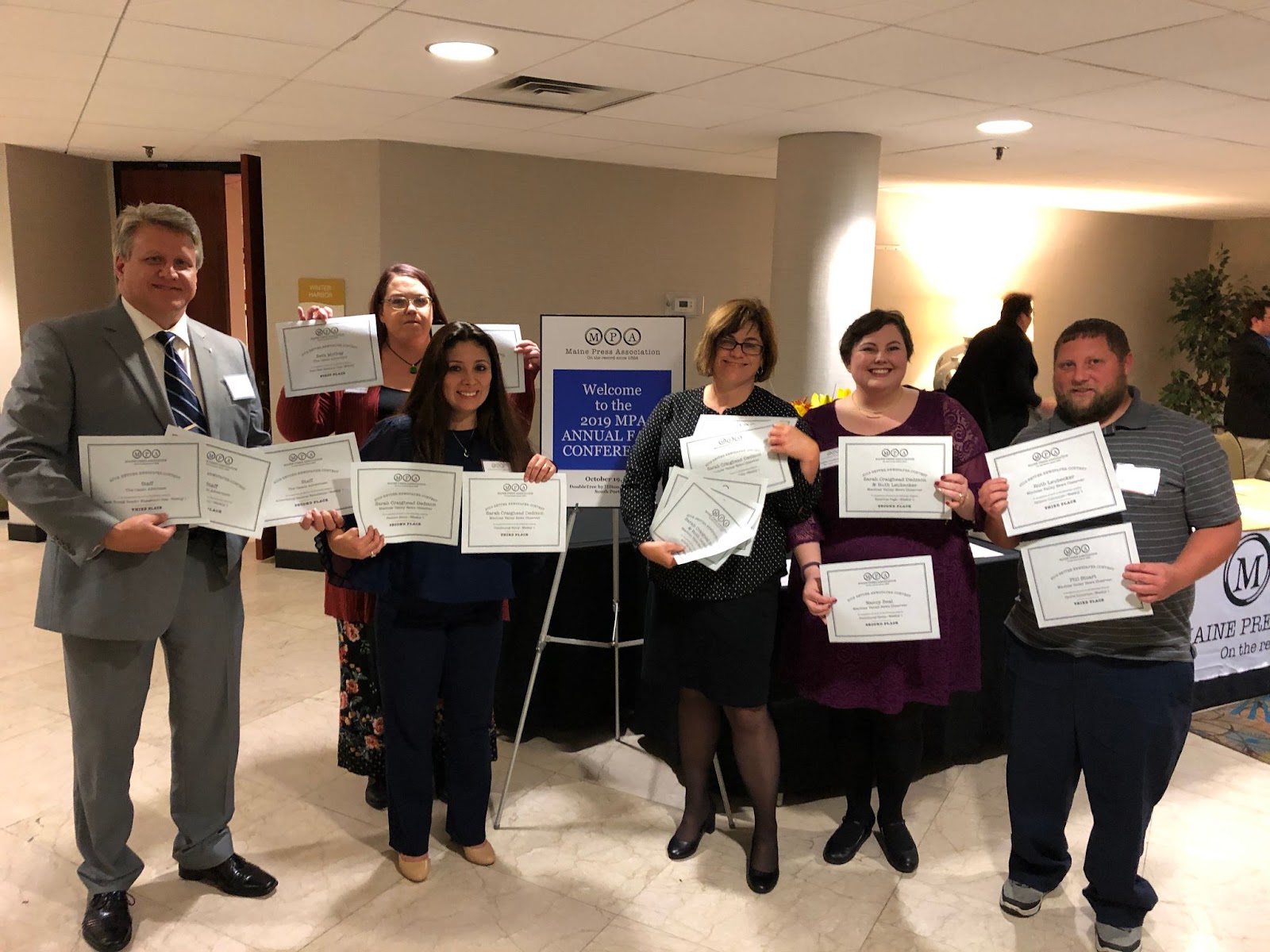 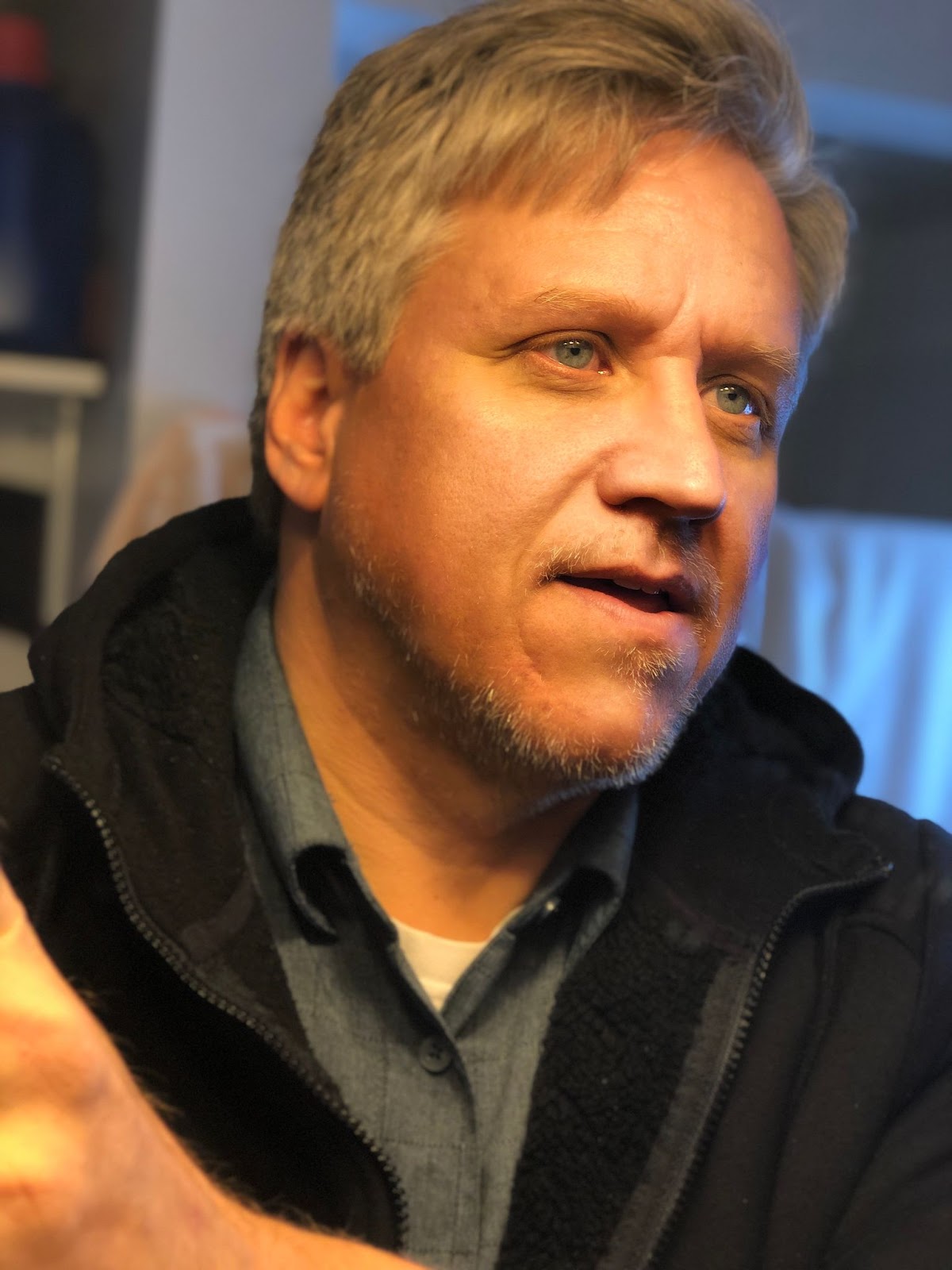 Pierre Little giving a talk at the famous Helen’s Restaurant in Machias, Maine for the Machias Bay Chamber of Commerce on “Fake News and Facebook” and pointing to the telephone poles demystifying the internet where the fiber cables are actually installed connecting everyone's computers and devices. His point was not to solely post online and use social media ads as the funds go directly to San Jose, California via the telephone poles, but rather to spend those local ad dollars in right your local newspaper who have a good digital footprint online, where this patronage can be used in improving newsroom coverage of your home town by local resident journalists and keeping the newspaper and community healthy and informed and engaged.  Full video of the talk can be seen online at ​​www.tinyurl.com/fakenewsforsure