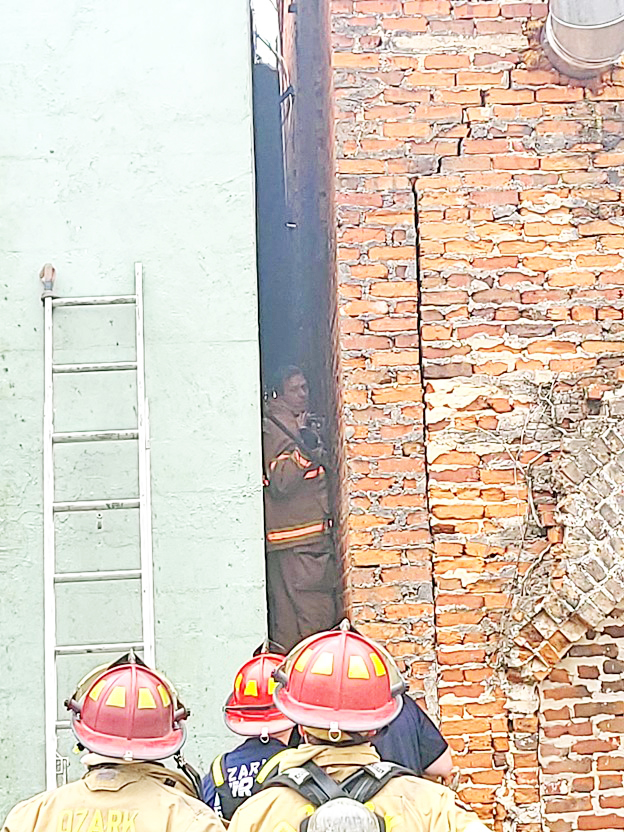 Ozark Fire and Rescue responded to an unusual and tricky fire on Monday, April 11.

A little after 3 p.m., bystanders reported smoke rising from buildings off of West Reynolds Street. Arriving quickly on the scene, firefighters weren’t quite sure what they were dealing with. Initial concerns were that a fire had broken out in either Live at Harlow’s! or at Fannie’s Restaurant, but firefighters checked out both buildings top to bottom and confirmed there was no active fire in either location.